On hearing Brahms's works, Schumann proclaimed that he was the long-awaited successor to Beethoven. Brahms eventually completed his first symphony at the age of forty-three in 1876, but before that he wrote several large scale, symphonic works. Among them were his three piano sonatas, with the 3rd in F minor, Op.5 being the most ambitious sonata. Written at the youthful age of twenty, this is a symphony in all but name, with its massive structure unusually consisting five movements. 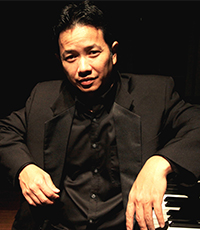 The Sonata reveals the introverted side of the artist, a journey from dust to dust. The Rhapsody contrastingly reveals the other side, the extroverted that displays the grandeurs of such a journey ... 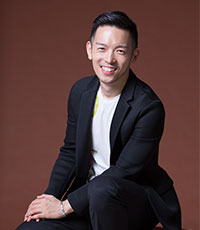 Awakening with the most unforgetful emotions in life from music inspired by the poem through centuries of times…. As in reading skills and aural development, two-handed coordination at the piano can be taught in a systematic way. Early exposure to essential pianistic choreography cultivates a more natural and instinctive technique that facilitates a musical performance. A Seminar Presented by Mr. Loo Bang Hean on “Choices of Fingerings”